This post is sponsored by the fact that there's no end to the home projects we have coming up. 2020 we did some necessary improvements and adjustments - a lot of them outside - and this year we're going to be tackling two VERY large projects and some fun, smaller projects as well.

If you're new around here, you can read all about out home renovation process here and here. We bought a house, essentially gutted the living spaces, moved in, and haven't stopped working on it. Because I posted about our 2020 house projects at the beginning of last year, I wanted to continue the tradition and share what we're hoping to accomplish this year.

We have a red brick Cape Cod style house. I grew up in a red brick Colonial style house and I love the look of true red brick if it's done well. Our house was built in 1979 and just kinda looks like it's sill 1979. The brick isn't too ugly, but it's more orange than red and our trim is brown? Yes, brown with faded-to-yellow cream siding on the second story and dormers.

OUR PLAN – I spent a long time last year researching brick painting. A lot of people have a lot of opinions about painting brick, but we're going for it. It'll be painted white, the trim will be painted white, and the siding will likely be updated to a light grey hue.

WHAT WE'RE USING – Romabio is one of the leading brick paint companies on the market and their Limewash paint is made from Dolomite Lime in Northern Italy. It actually calcifies into the brick and makes it stronger while retaining the texture of the brick so it looks very natural and organic. I swatched a sample of the Classico Limewash in Avorio White this past summer and it looks really good.

2. Building Built-Ins and Adding a Fireplace

I mentioned in this post what our living rooms plans were and we're moving forward with them early this year - probably starting in March. We have a book problem (in that we have a lot of them and no where to put them) and also we have an open concept home so currently the living room still looks a little dead.

OUR PLAN – We're going to start with taking apart the current "fireplace situation". This was one of those learned mistakes for us. The house started out with a brick wall and hearth but no fireplace insert so we took the brick halfway down and covered it with concrete board. Well, that isn't going to fit into what we're doing so we need to take it out fully now.

We'll rebuild the fireplace to include an electric fireplace insert and likely create a stone facade. Then, on either side of the new fireplace we're going to build out bookcases, trim them out and make them look like they were built with the house.

WHAT WE'RE USING – A lot of people who don't want to custom-build bookcases use the Billy Bookcases from IKEA, but we're doing it hard way. Building them from scratch based on custom measurements and design. We're still mulling over the exact process but have a general idea of the tools and materials we'll need to make it possible – more to come on this! 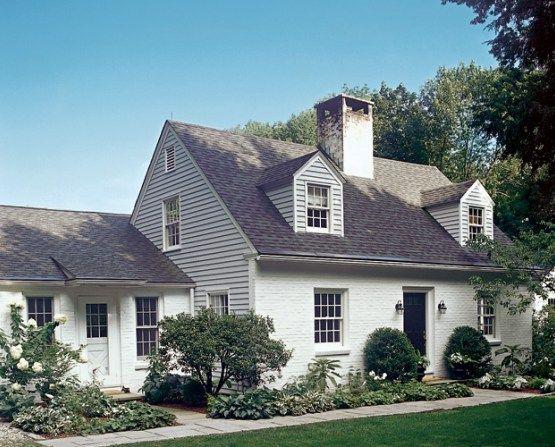 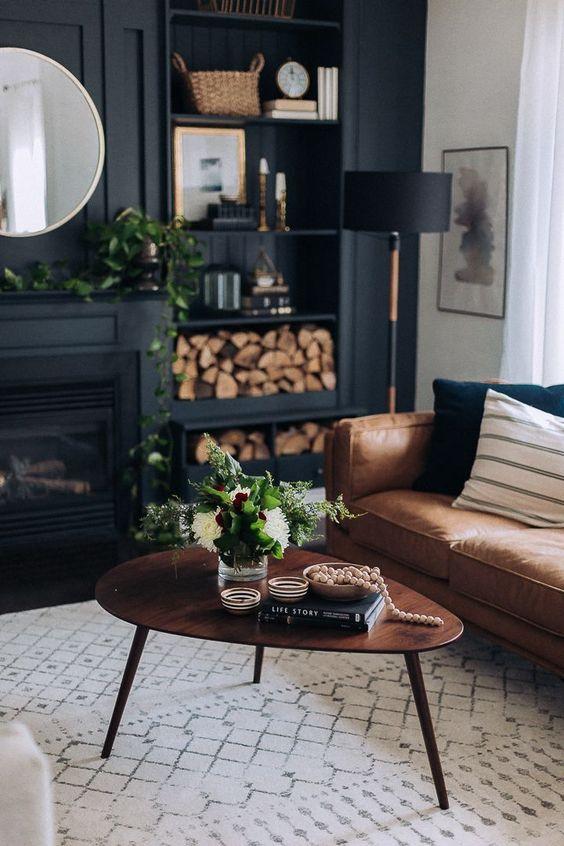 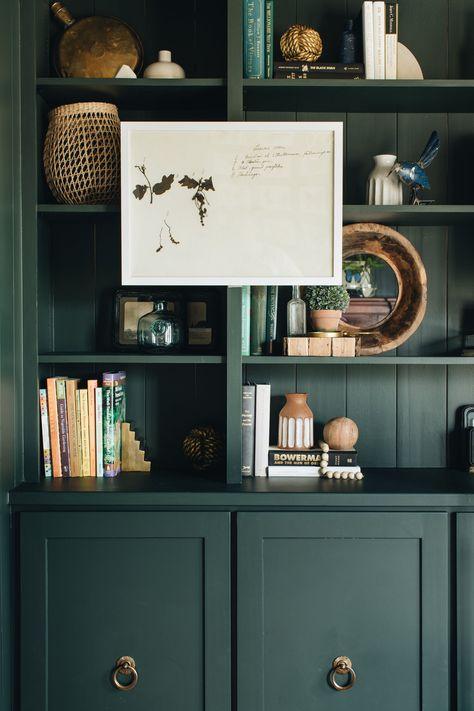 *inspiration for the house exterior and built-ins thanks to Pinterest

Think that's enough to keep us busy? I'll be sharing, of course, the entire process on Instagram as well here on the blog to keep you all up to date with the changes over here at the Riverwood Cape Home.