On our recent trip to Portland, one of the sights Lee and I wanted to visit was the stunning Multnomah Falls. You’ve probably seen it in photos here and there. From the ground, it’s a beautiful double-decker waterfall with a stone bridge arching across the upper part of the falls. From downtown Portland, it’s only about a 45-minute drive so with our rental car we got up early and headed east toward the falls. 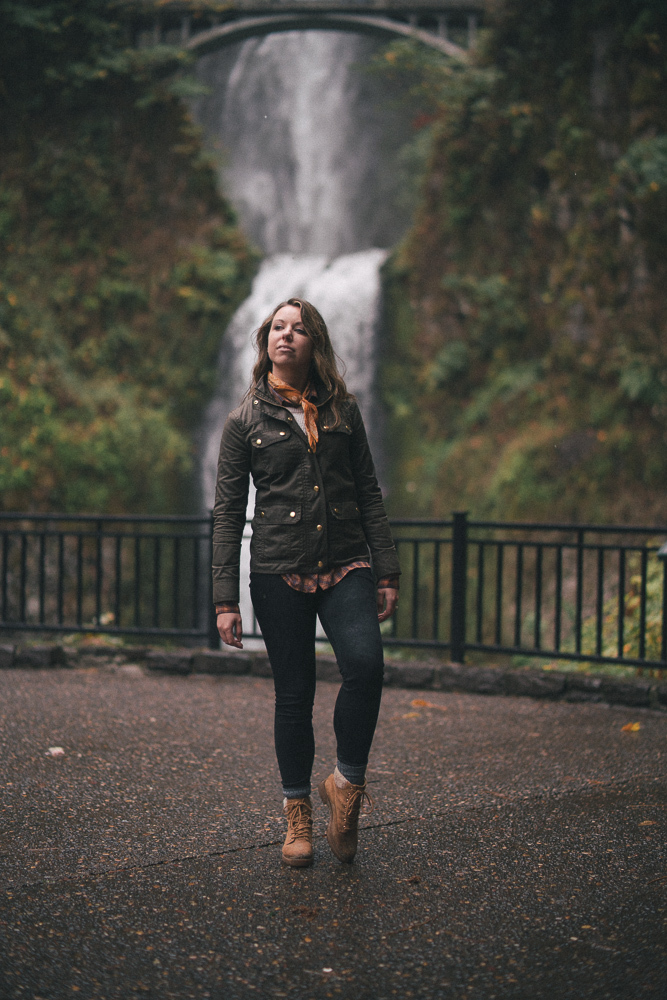 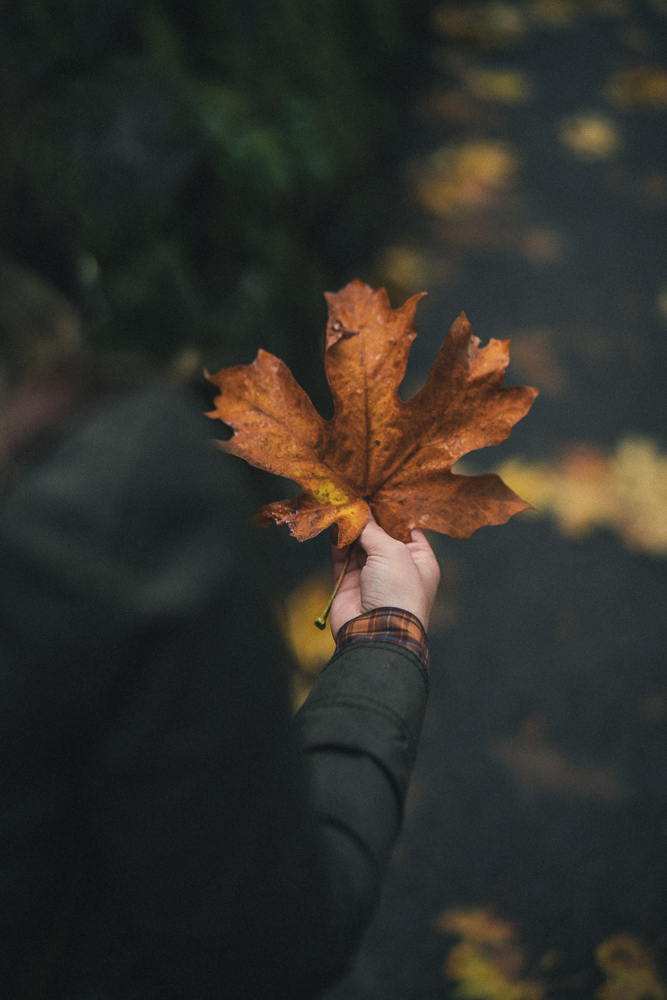 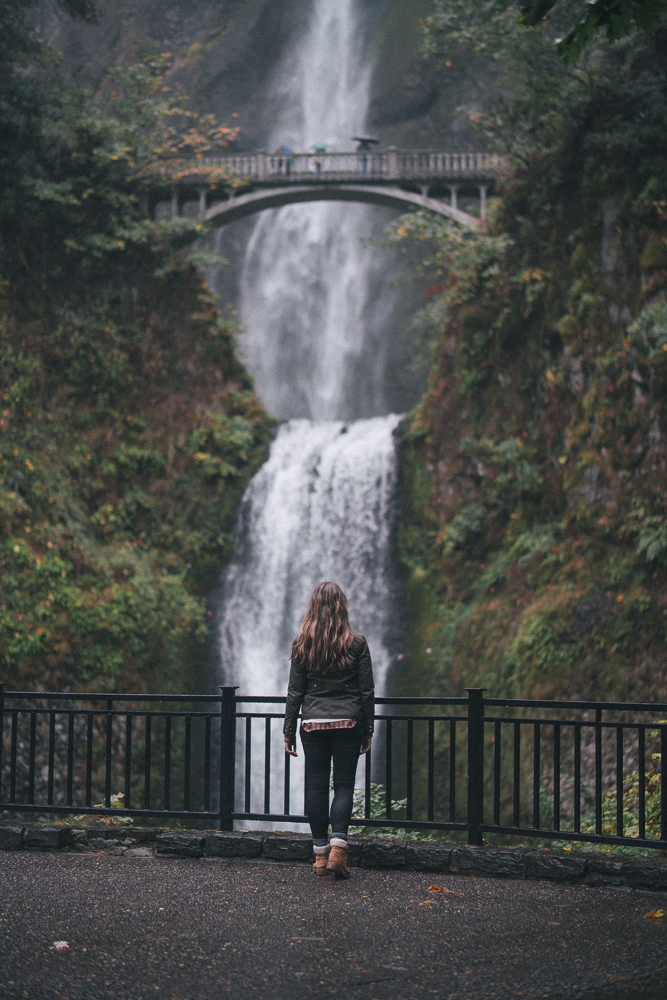 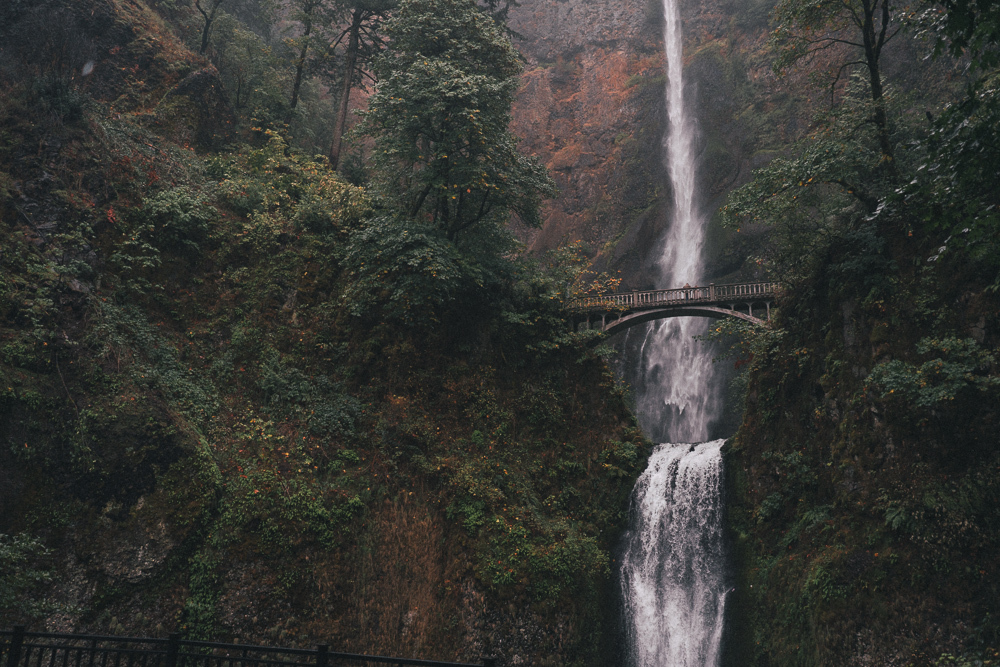 It was a cloudy and gloomy day, so, unfortunately, the majestic peak of Mt. Hood was hidden from our site but we enjoyed the drive nonetheless and made it to the waterfall before the landmark started getting too crowded. I had read that it’s best to get to the falls early to avoid the crowds and I’m glad we did! Even on a rainy Tuesday morning, the place was starting to pick up and by the time we were heading out at around 10:30 the crowds were coming in droves.

Initially, we were going to explore much more of the Mt. Hood area but since the mountain was covered in fog it wasn’t going to much of view, so instead, we decided to slowly make our way back towards Portland seeing what we could find on the way. We came across Rooster Rock State Park and decided to pop in since the place was deserted. The park was built along the Columbia River and Rooster Rock is mentioned in the journals of the Lewis and Clark expedition. 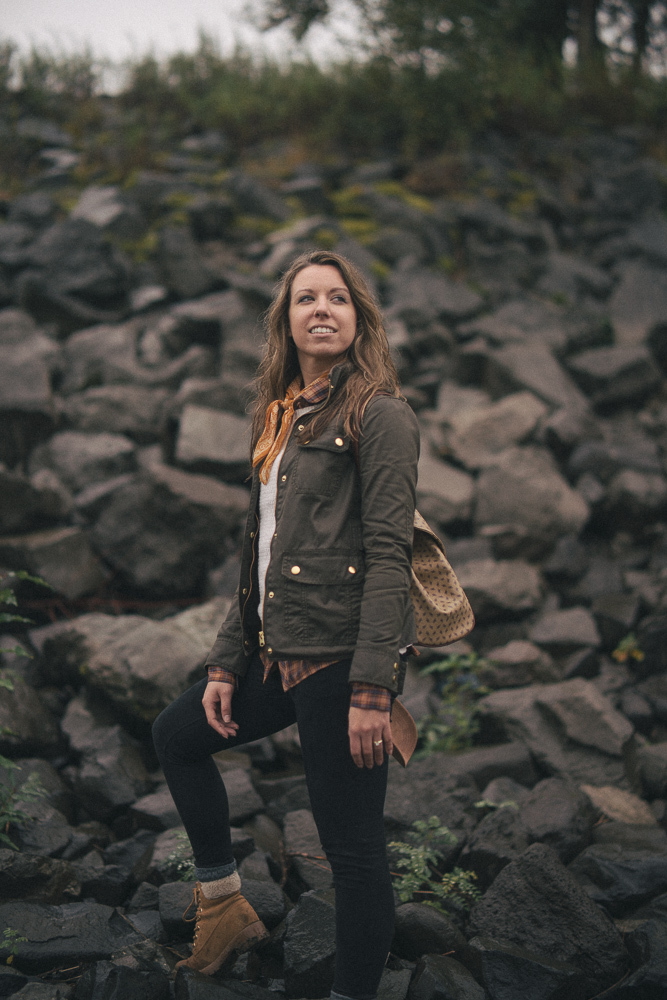 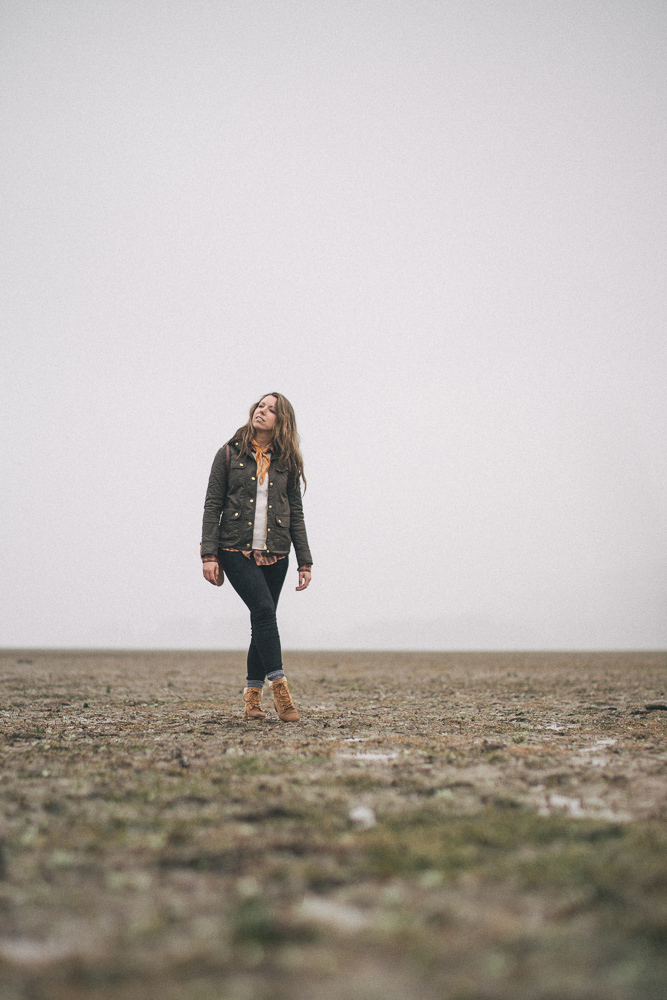 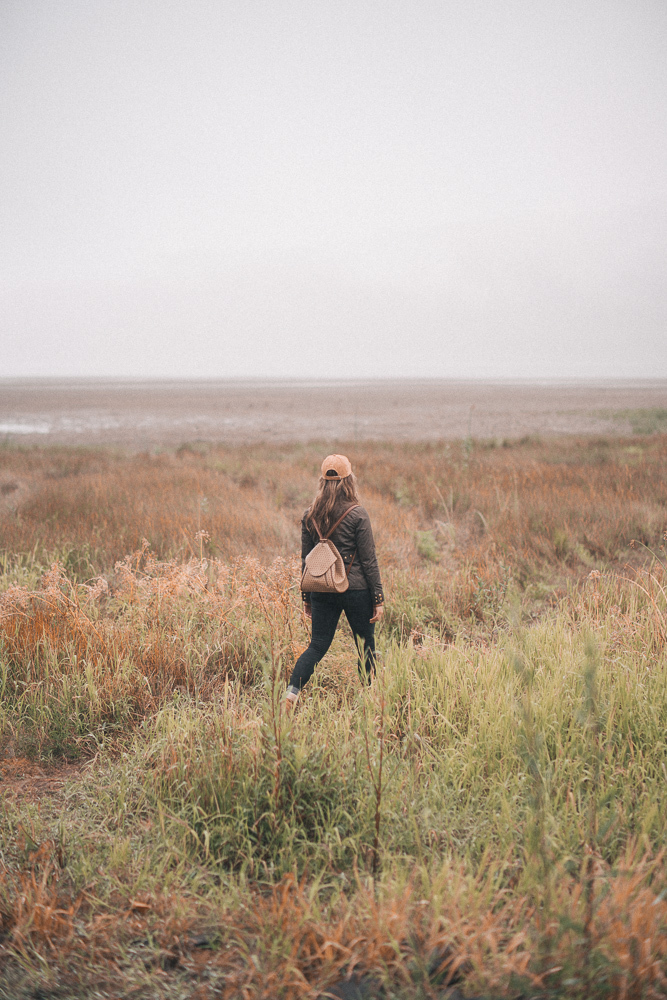 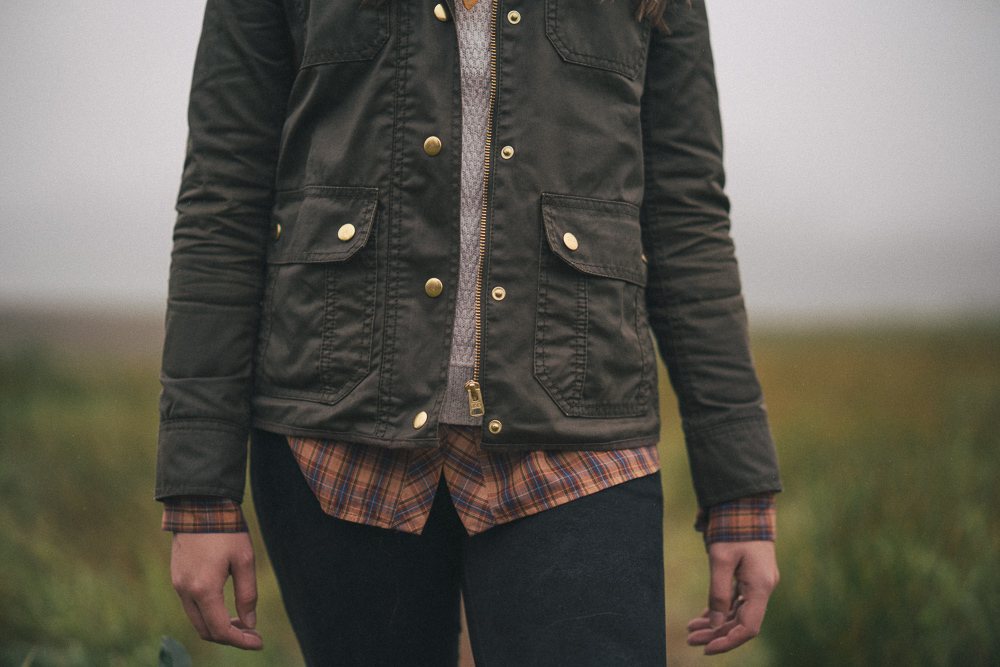 Because of the fog, we couldn’t see anything, not the river, trees, bank or even too far in front of us, but the landscape was still beautiful. If you can see from my hair it started to rain, so by lunch, we were back downtown after a lovely morning exploring the in mountains. After lunch, next on our agenda was to visit another iconic spot in Portland – Cathedral Bridge.

Portland is the city of bridges and Cathedral Bridge is one of the prettiest of the bunch. Beautiful towers and spires rise from the charming park underneath and with fall in full bloom, the leaves were brilliant on the surrounding trees. 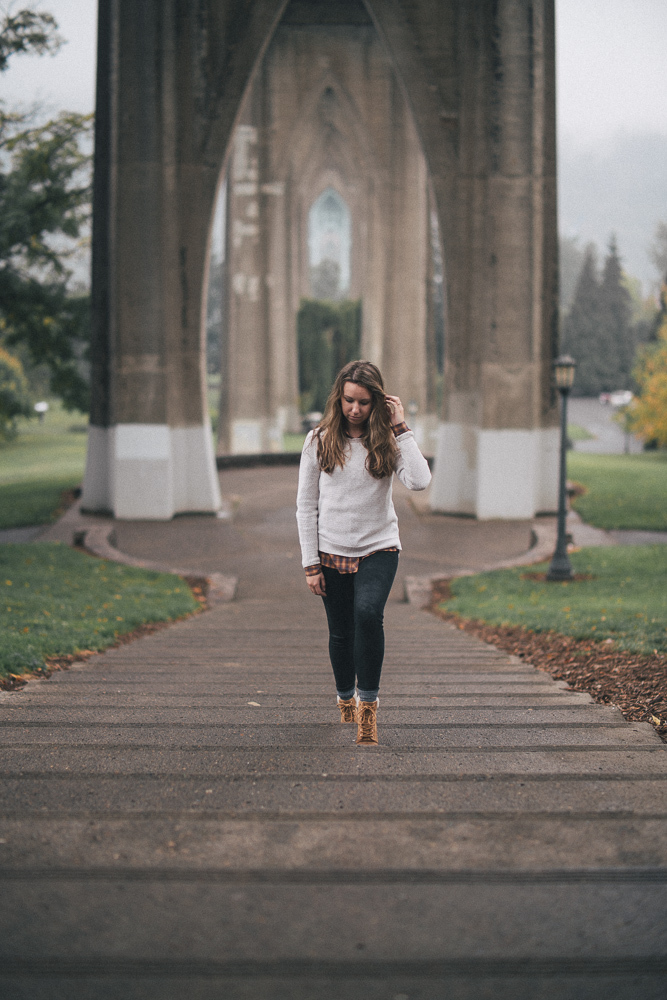 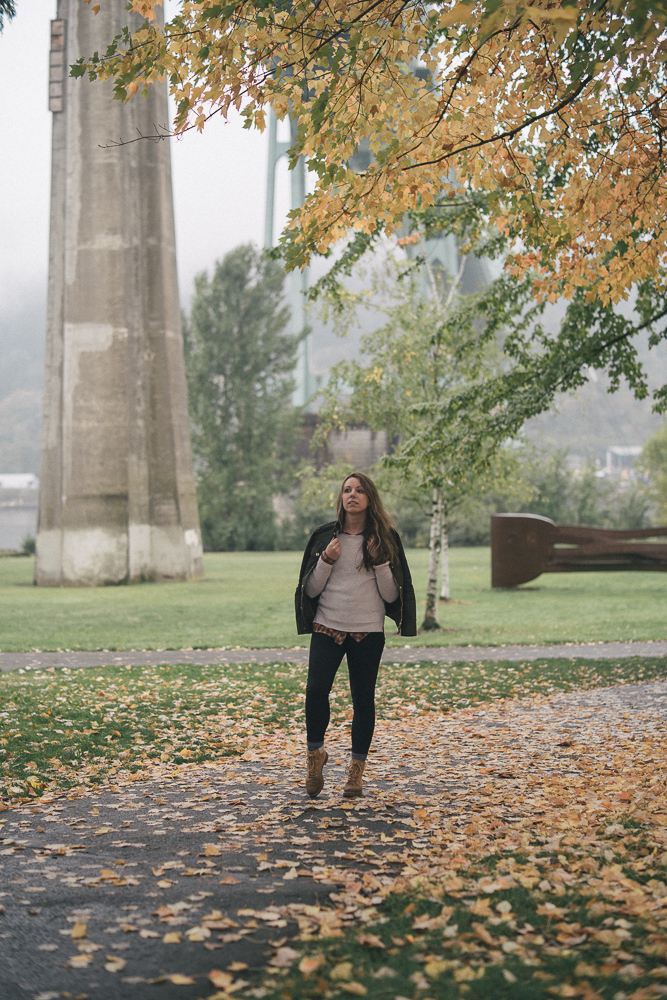 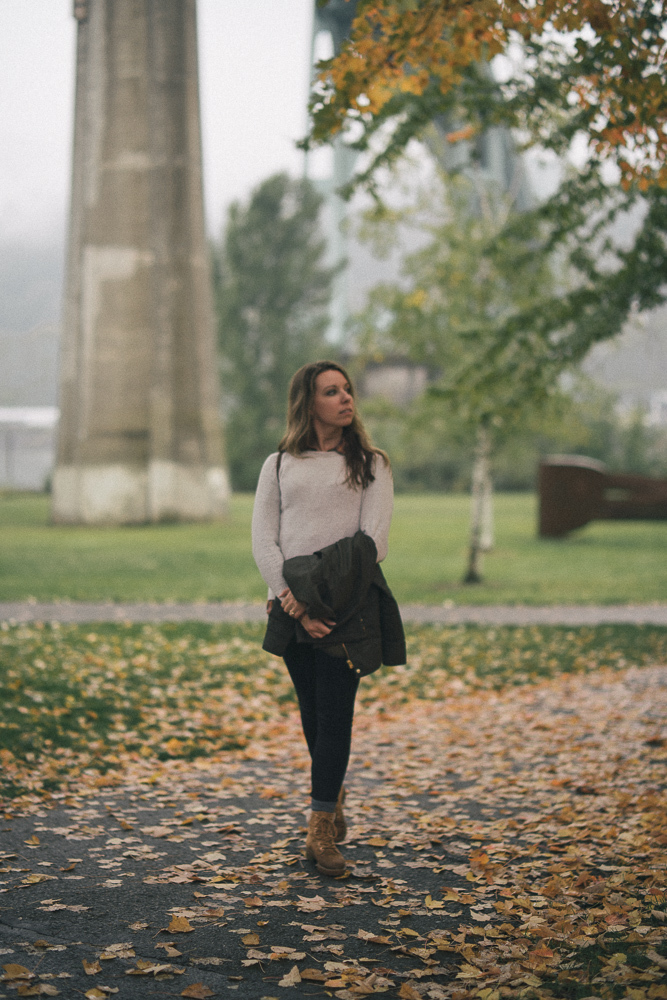 We stayed for some time at the park watching an artist sketch the impressive structure and kids playing soccer in the grass, but again the looming rain forced us to seek shelter in the car and head back downtown and to our hotel to warm up and change into drier clothes for the rest of the day. 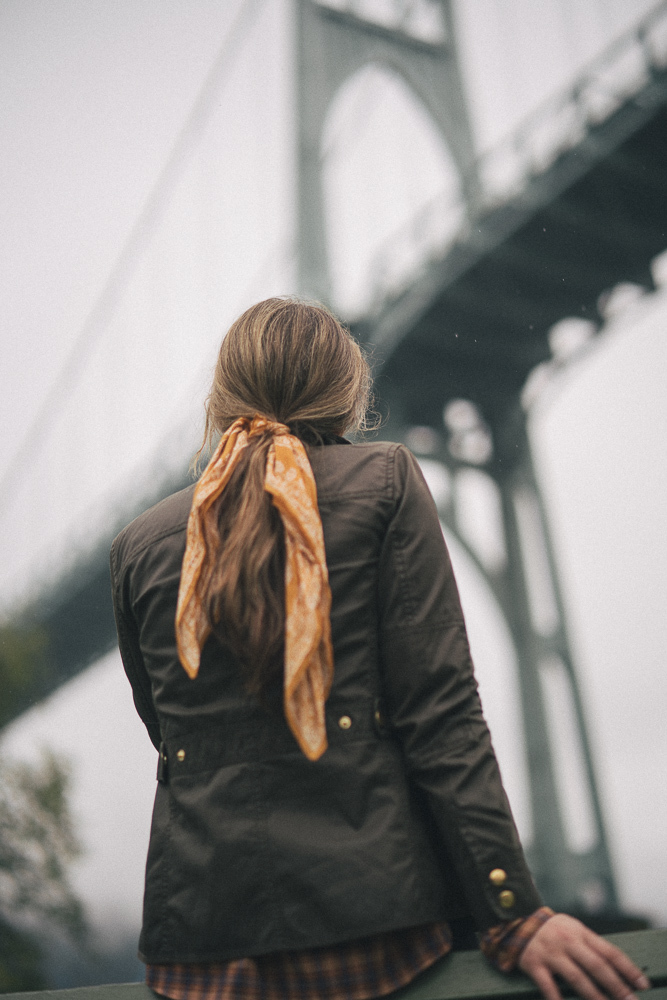 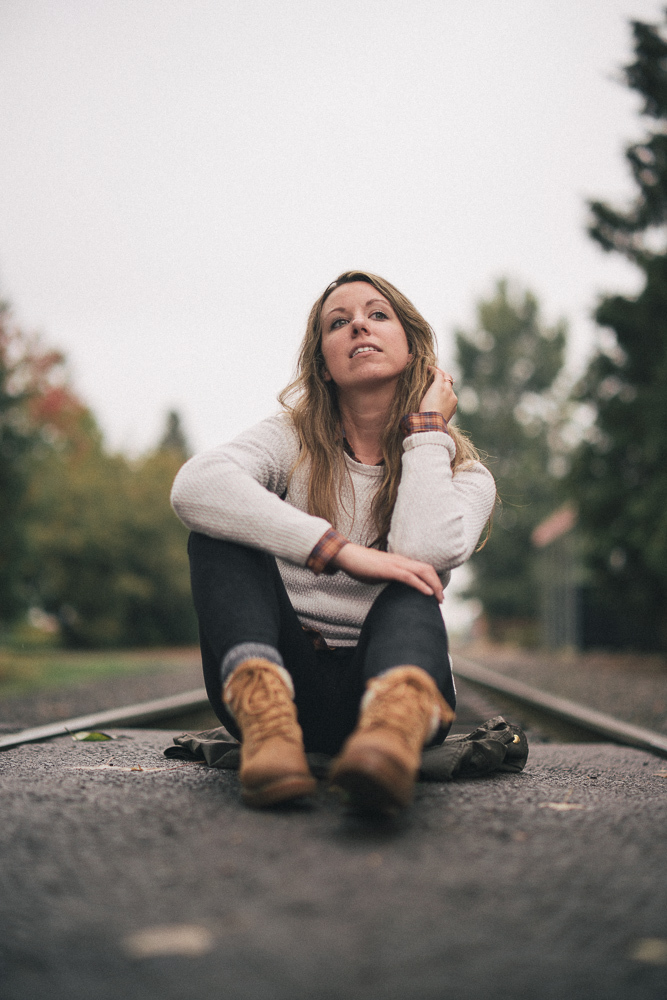 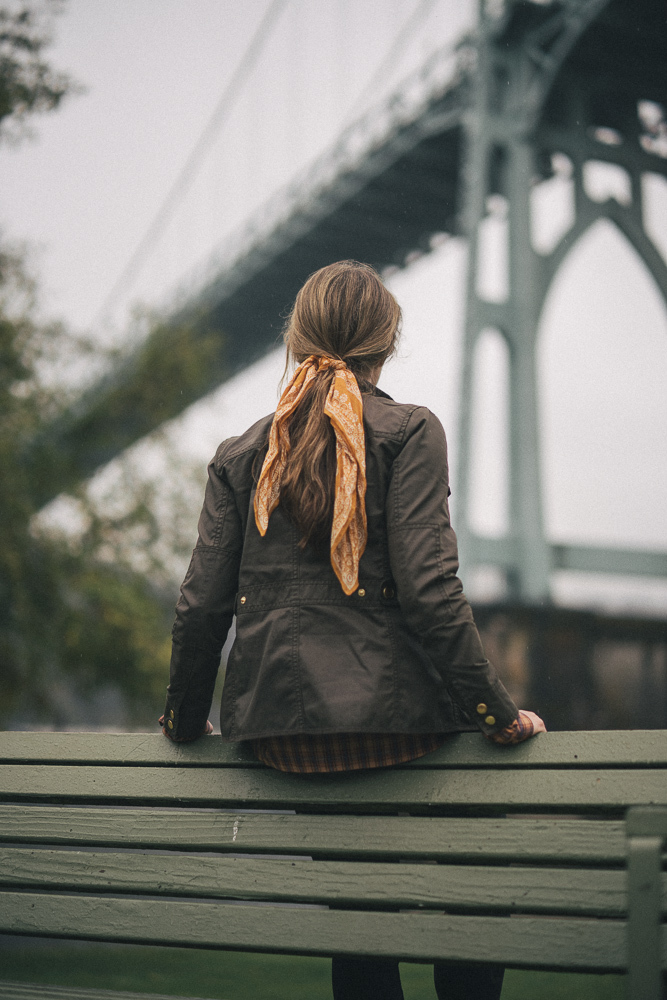