I can hardly believe that it’s been one year since we first laid eyes on our little Riverwood Cape Home. We bought the house April 12, 2019 and began the process of renovating on April 15. Our hopes for how the space would shape up have definitely been exceeded and although it has its quirks (I think they call that charm in older homes) it’s been so lovely to see how things have changed.

I have yet to do a proper “reveal” of two spaces that are mostly finished in our house. Although we’re not living in a construction zone by any means there are still so many updates we want to do throughout other parts of the house that I’m just sticking to the kitchen and dining room for the moment.

And although I love the photos we captured of the before and after, nothing is quite the same as video, so if you scroll to the bottom of the post you’ll see a YouTube video tour with some pretty dramatic before and after shots.

So, here’s a little glimpse into our home and what a year of renovating can do!

Before – The Kitchen and Dining Room 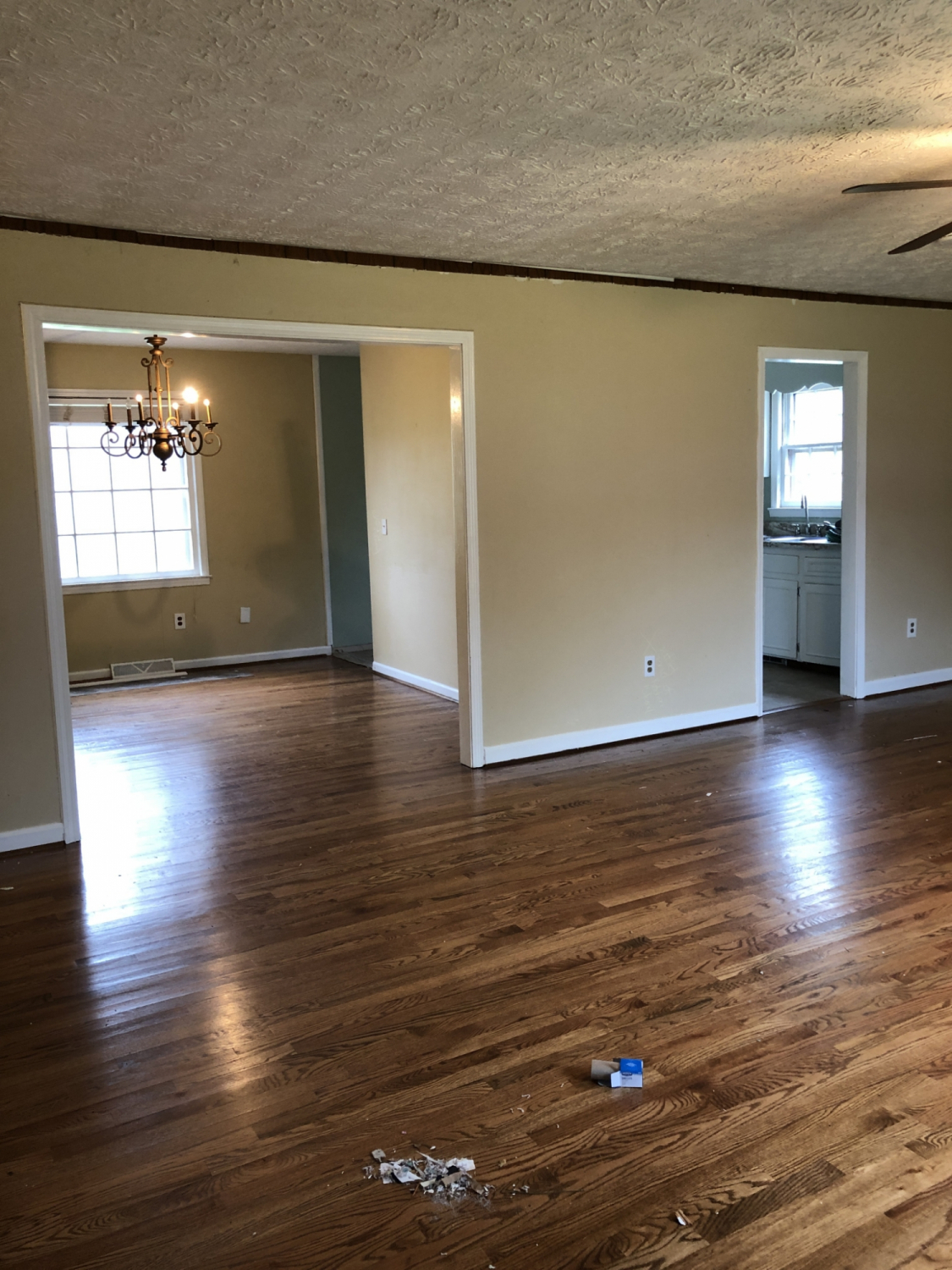 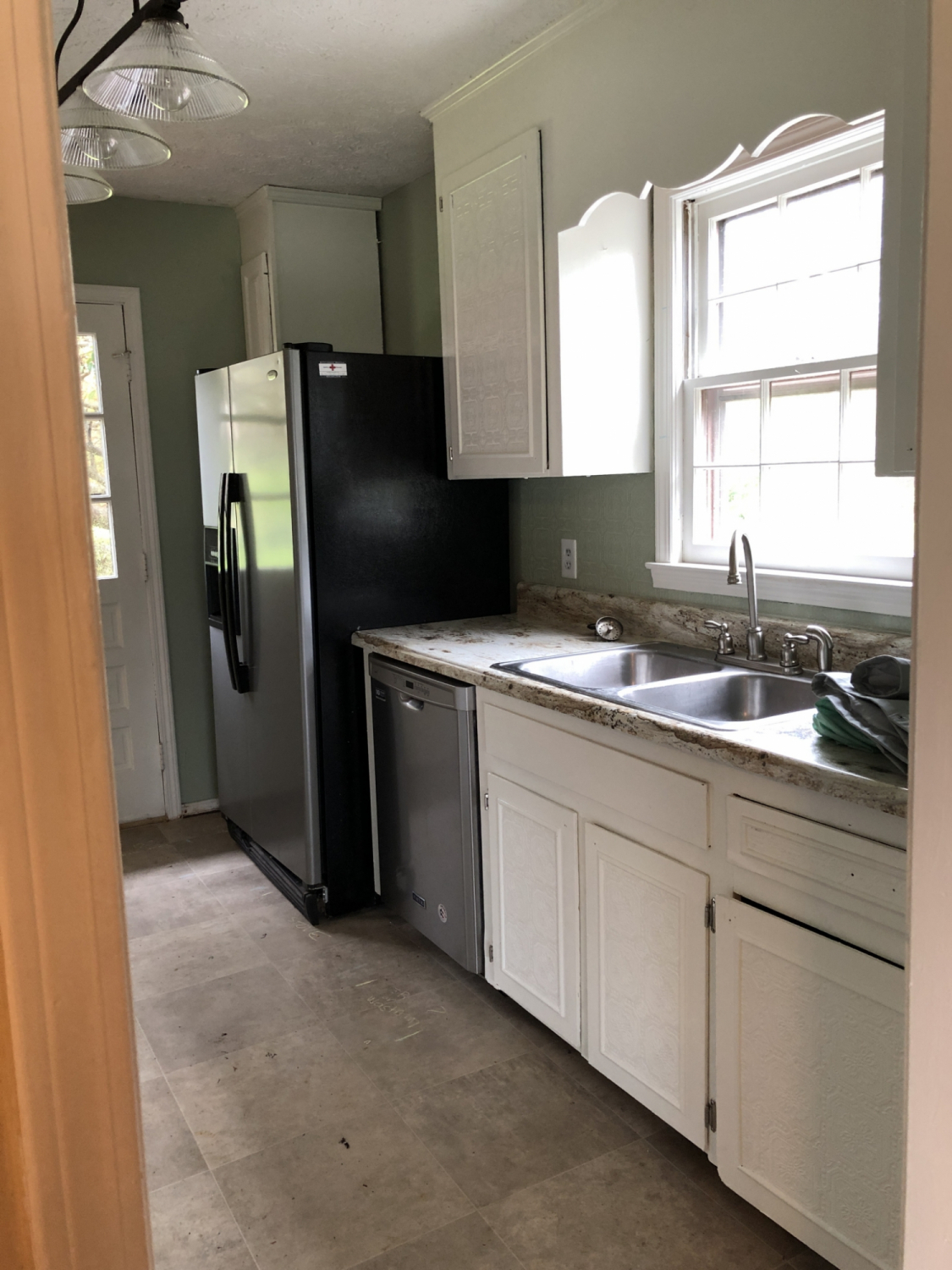 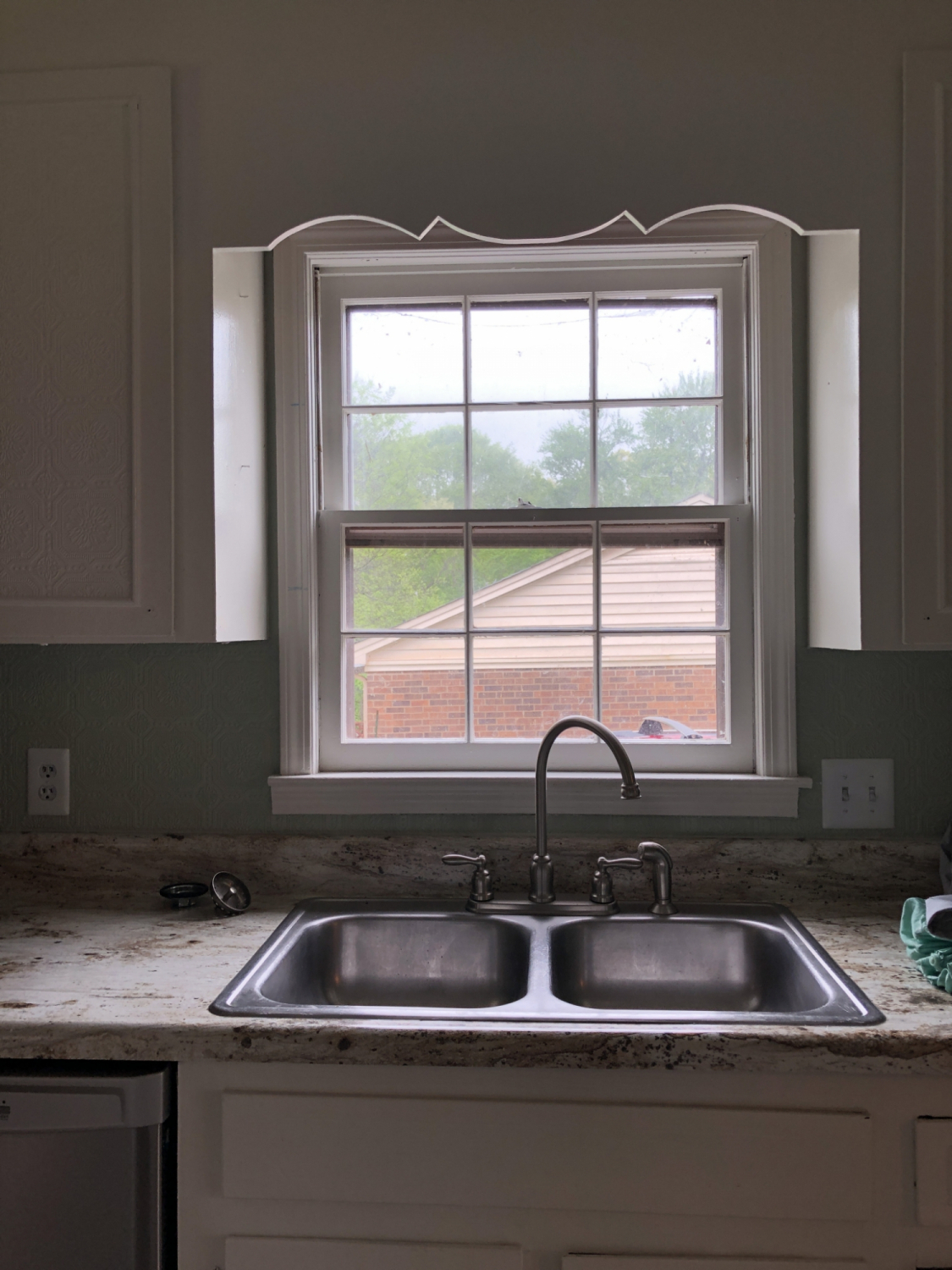 So . . . where to start? That’s a little how we felt at the beginning of the process. We knew right away the galley kitchen would be going away and an open concept was in order.

Something I’m so glad we did was have a contractor walk through with us after the inspection to determine what was possible with the structure of the house. My mom has also been a kitchen designer so her insight was also invaluable throughout the process.

We determined that taking out the wall to open up the kitchen and dining room was possible but we still had to retain some wall coming from the hallway and living room to make the opening structurally sound. Another easy decision was to swap the doors and windows on the back wall. We opted for a sliding door that took the place of the dining room window and added a standard window where the kitchen door was.

Once the wall between the kitchen and dining came down we went in and demolished the rest of the kitchen cabinets (none of which were salvageable) , discovered layers of wallpaper and paint, and a couple layers of peel and stick linoleum flooring. Basically we determined the drywall in the kitchen was in rough shape after getting all the layers off so we gutted the entire kitchen to the studs and started from scratch. 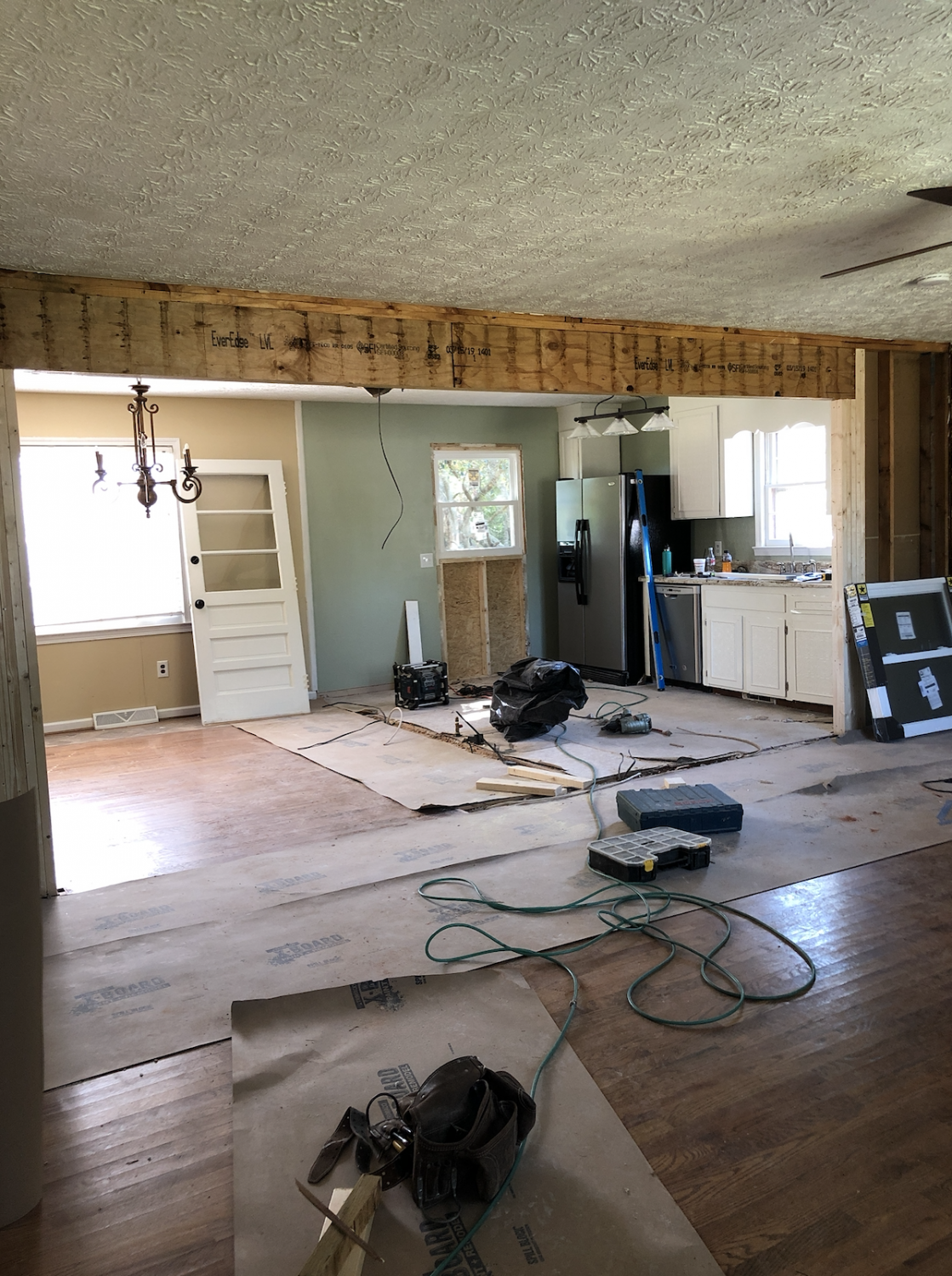 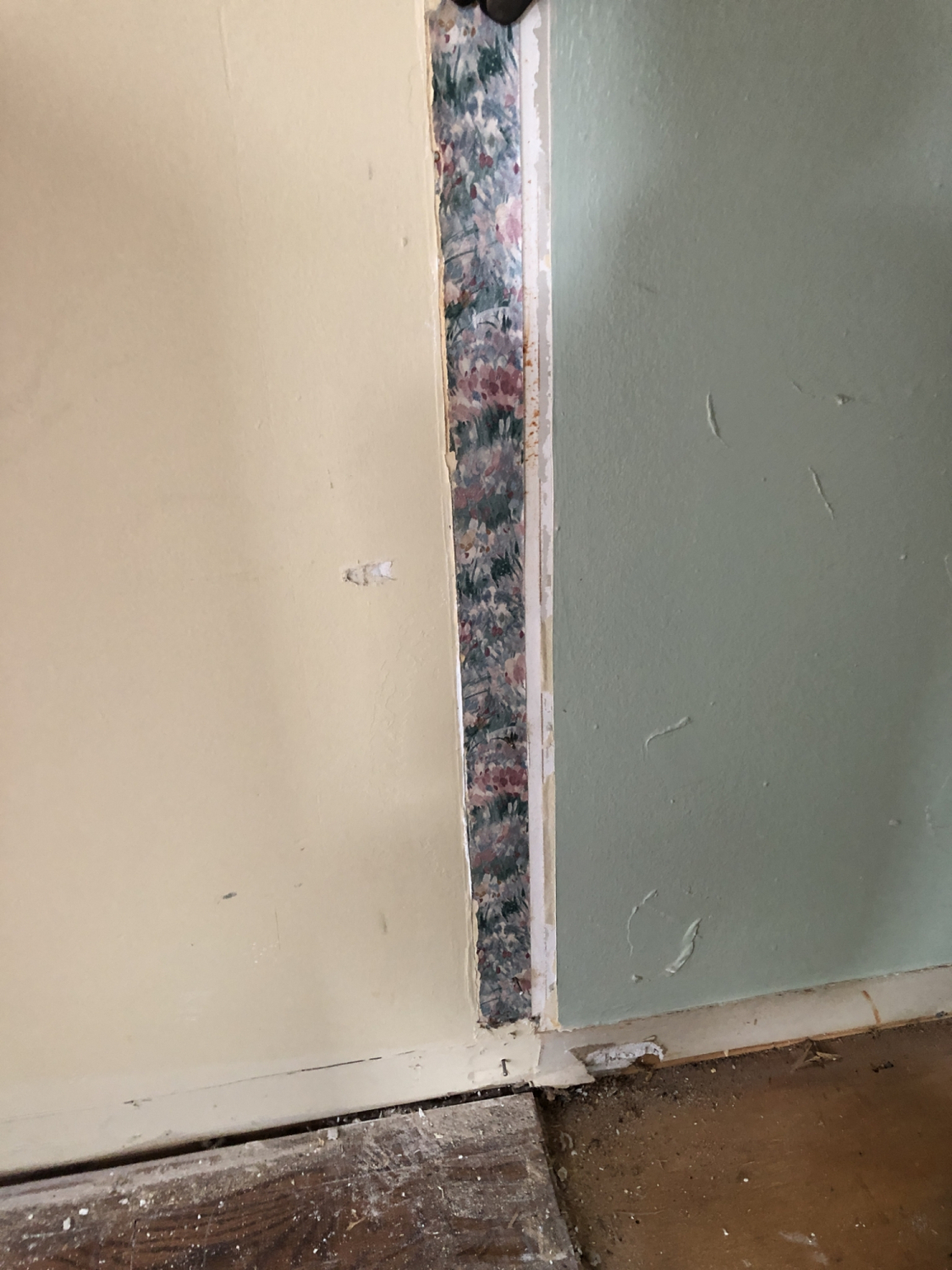 After drywall I think it went re-running the gas/electricity next then floors (something we hired a professional to complete) then painting.

Of course, we had to map out the new kitchen floorpan to make sure we had all the storage we needed. We opted for no upper cabinets and instead added huge stacks of drawers in the island and walnut shelves for some everyday items. I found a cabinet company online based in Michigan where we ordered our cabinets from and assembled on site before positioning.

The dining room was a pretty easy room to convert actually. We, of course added the sliding glass door leading to the backyard, new trim, layers of fresh paint and it was ready to be decorated.

We didn’t run into any major problems during this part of the renno process. We ended up having to buy a new refrigerator like 3 days before we were moving in because the old one decided to stop working, but other than that it was pretty straightforward – but no less exhausting.

So, without further ado –

The AFTER of our kitchen/dining room 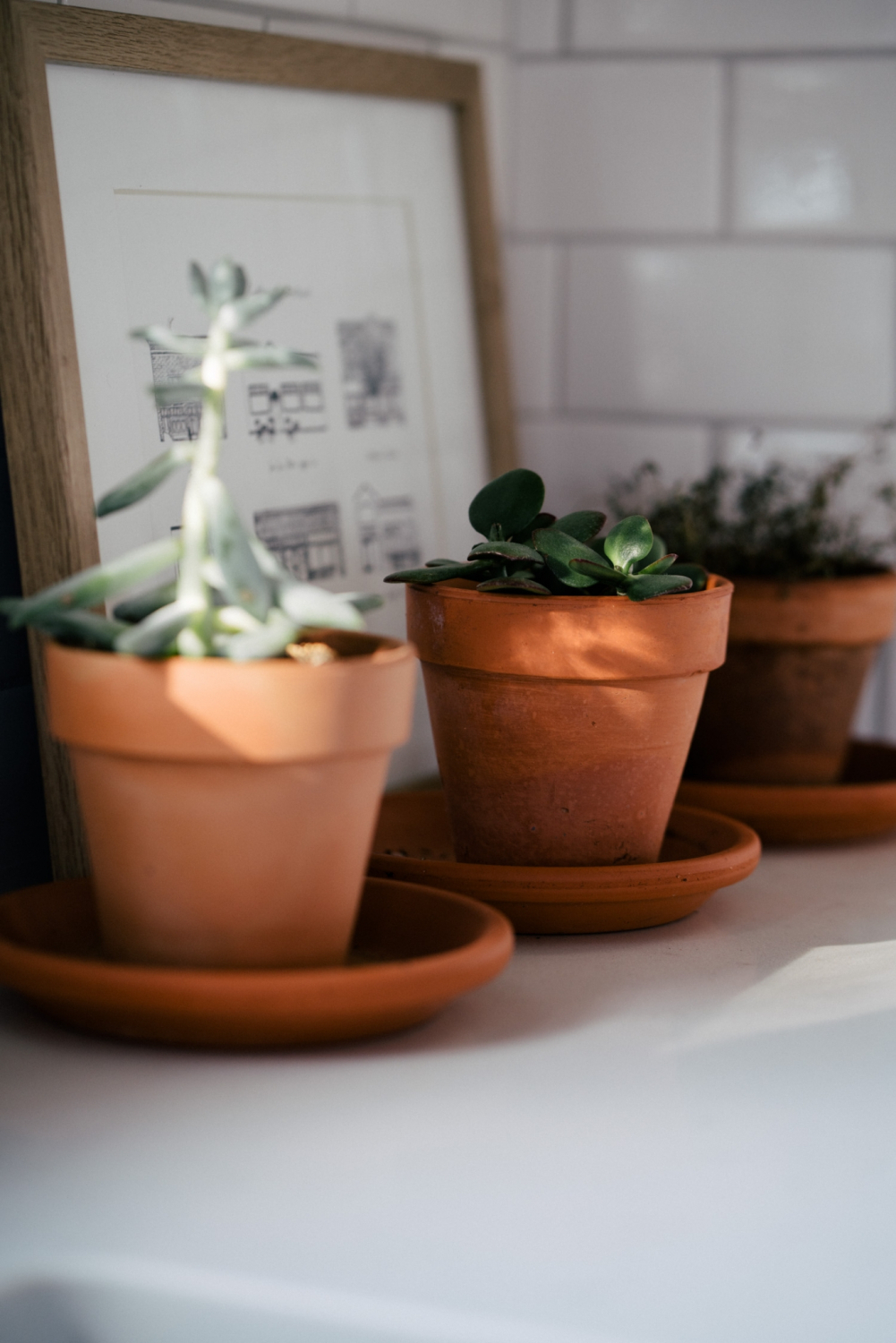 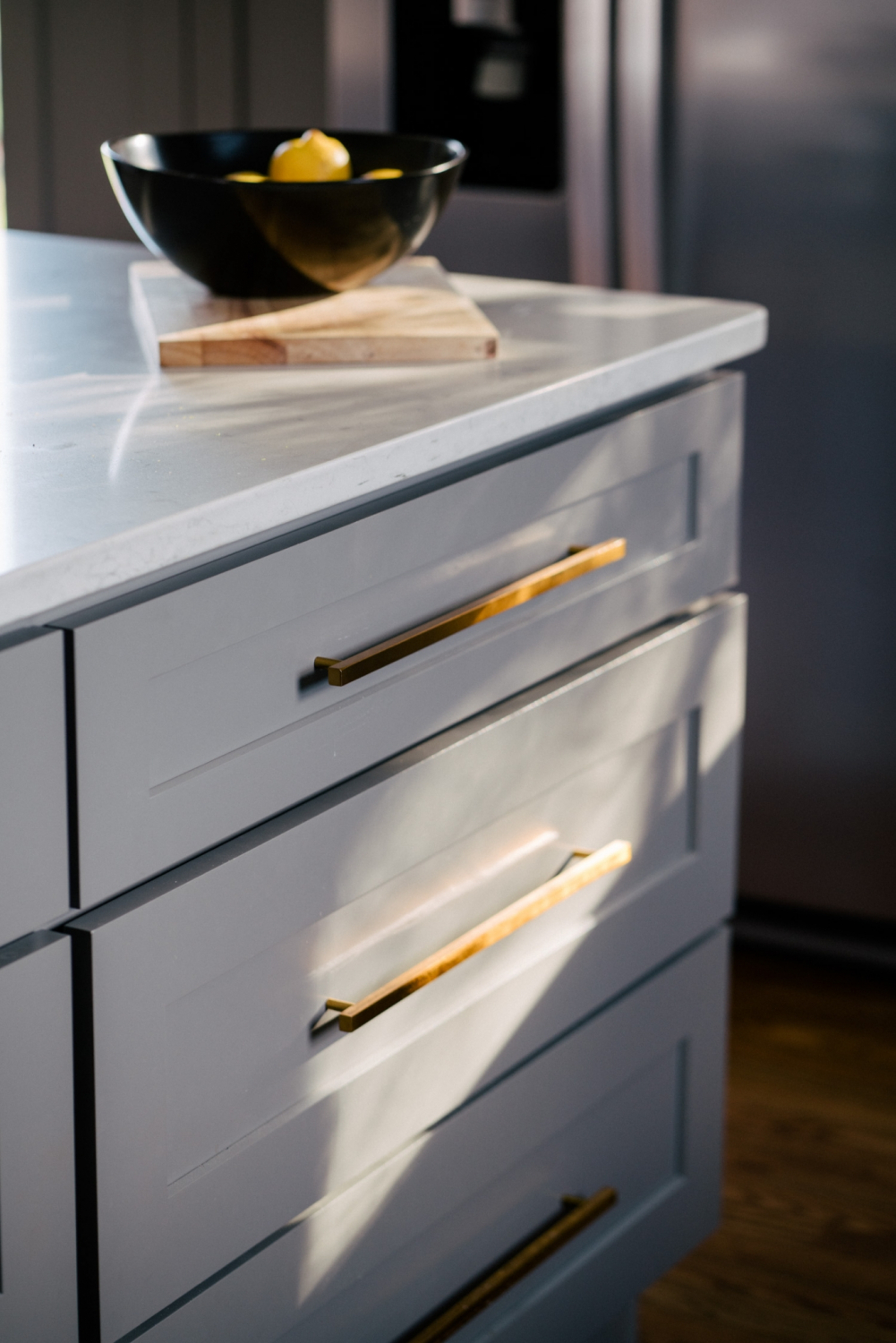 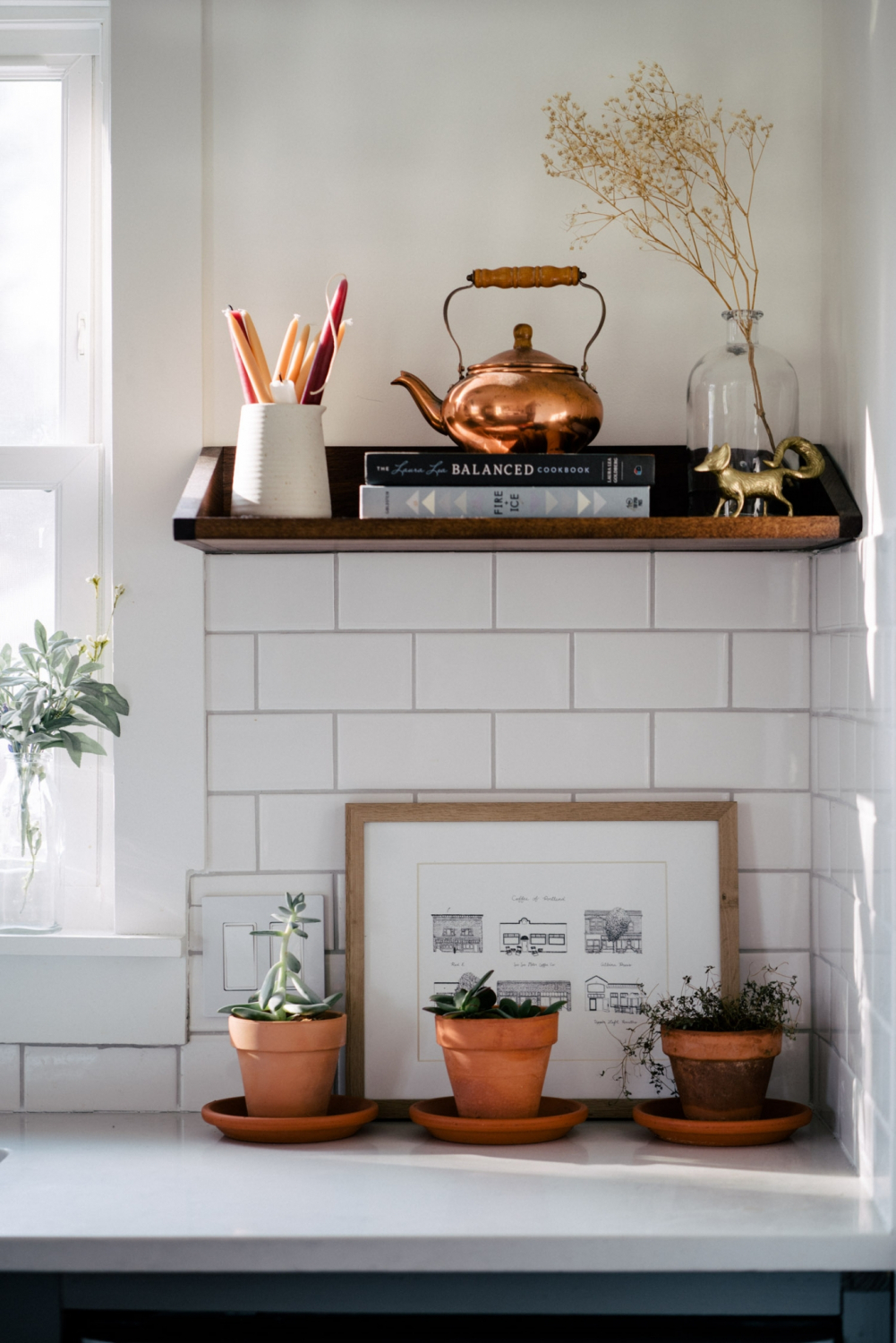 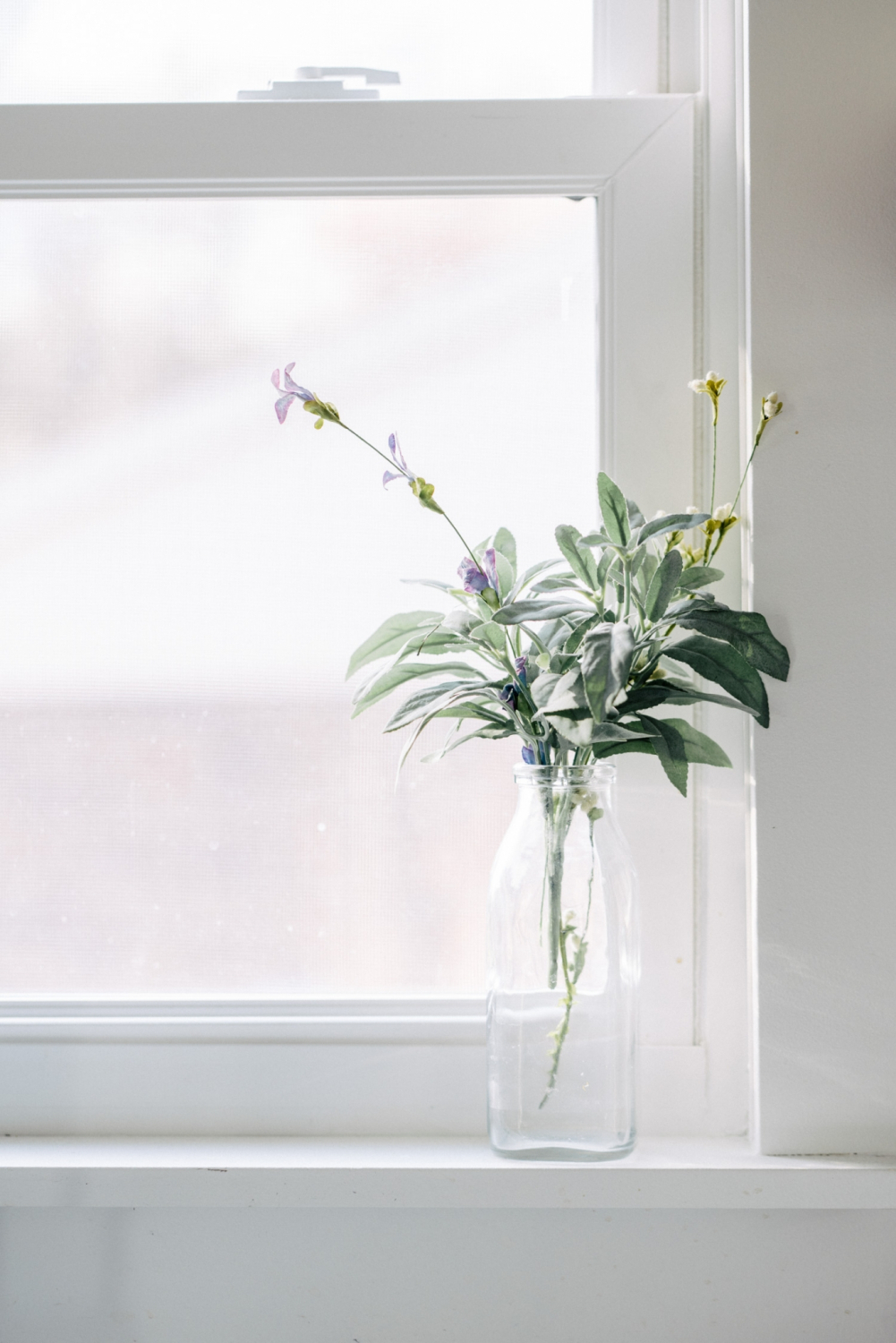 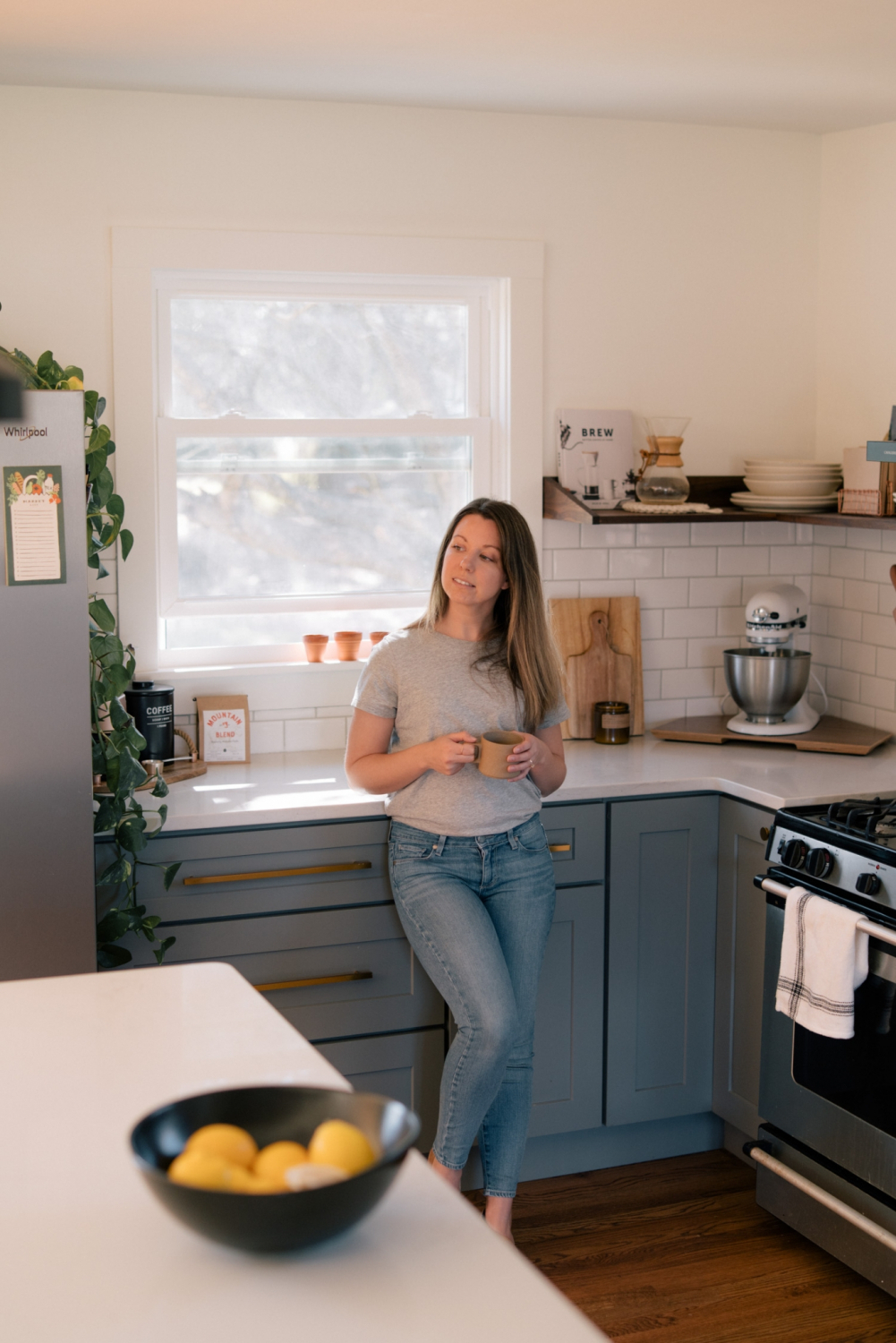 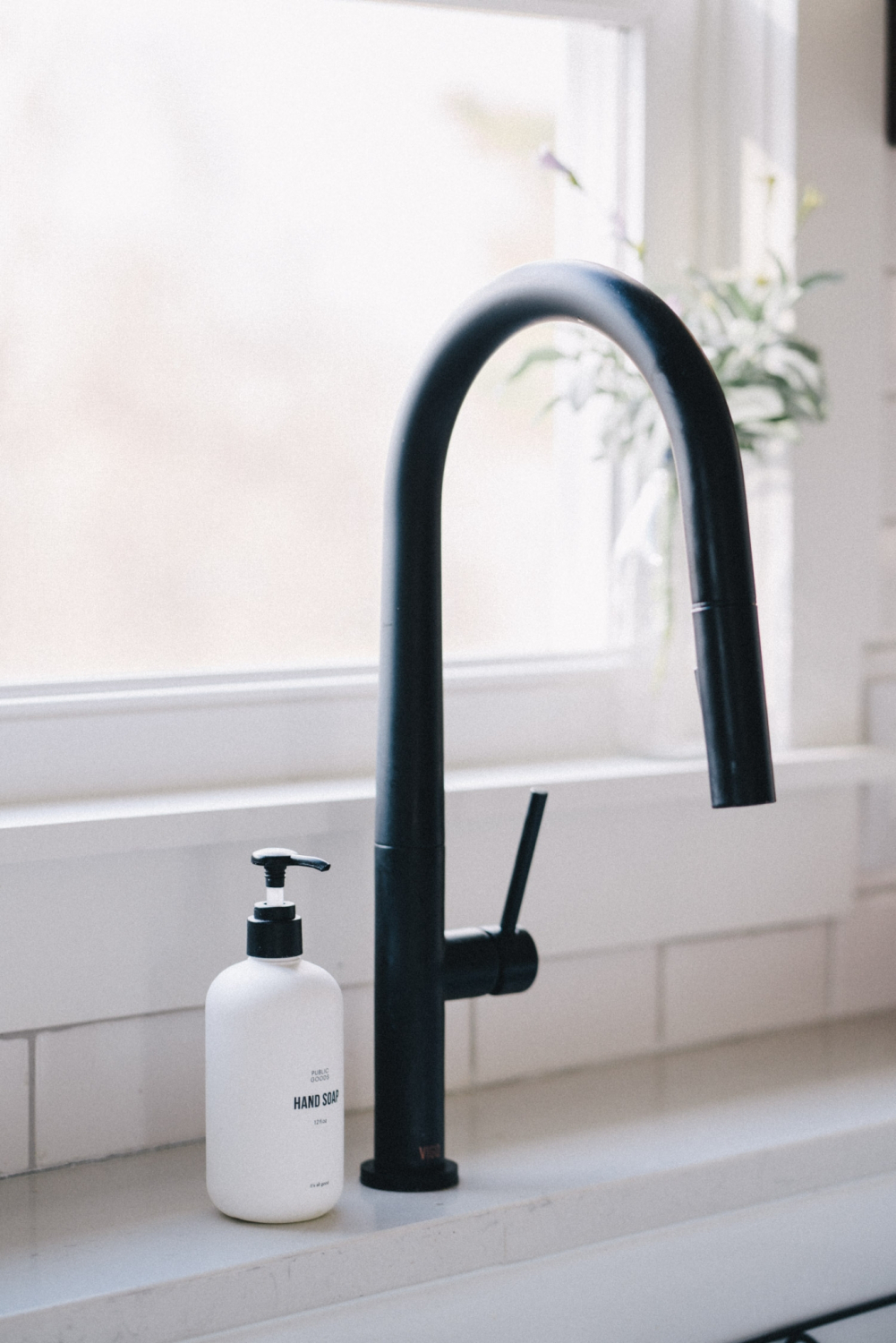 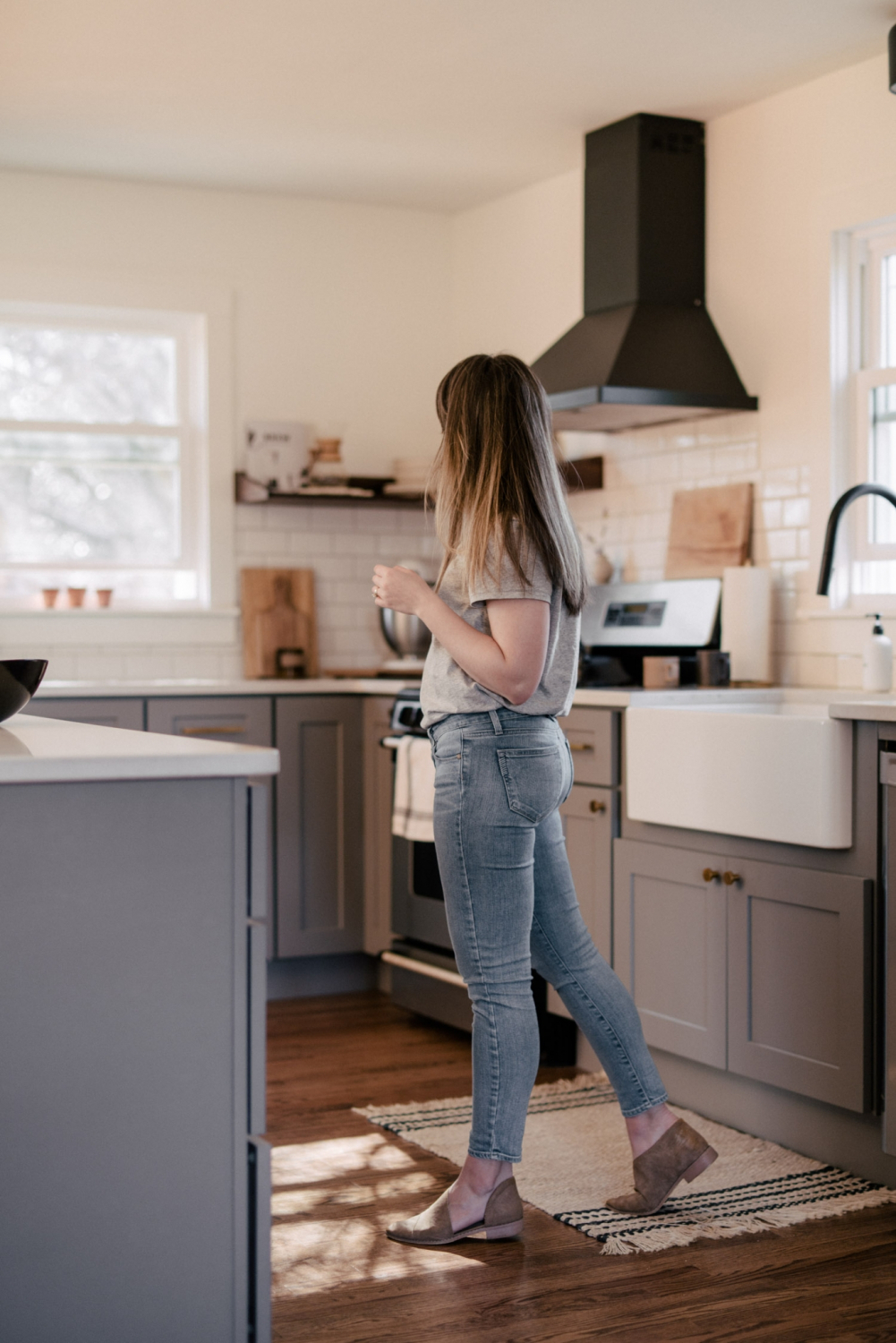 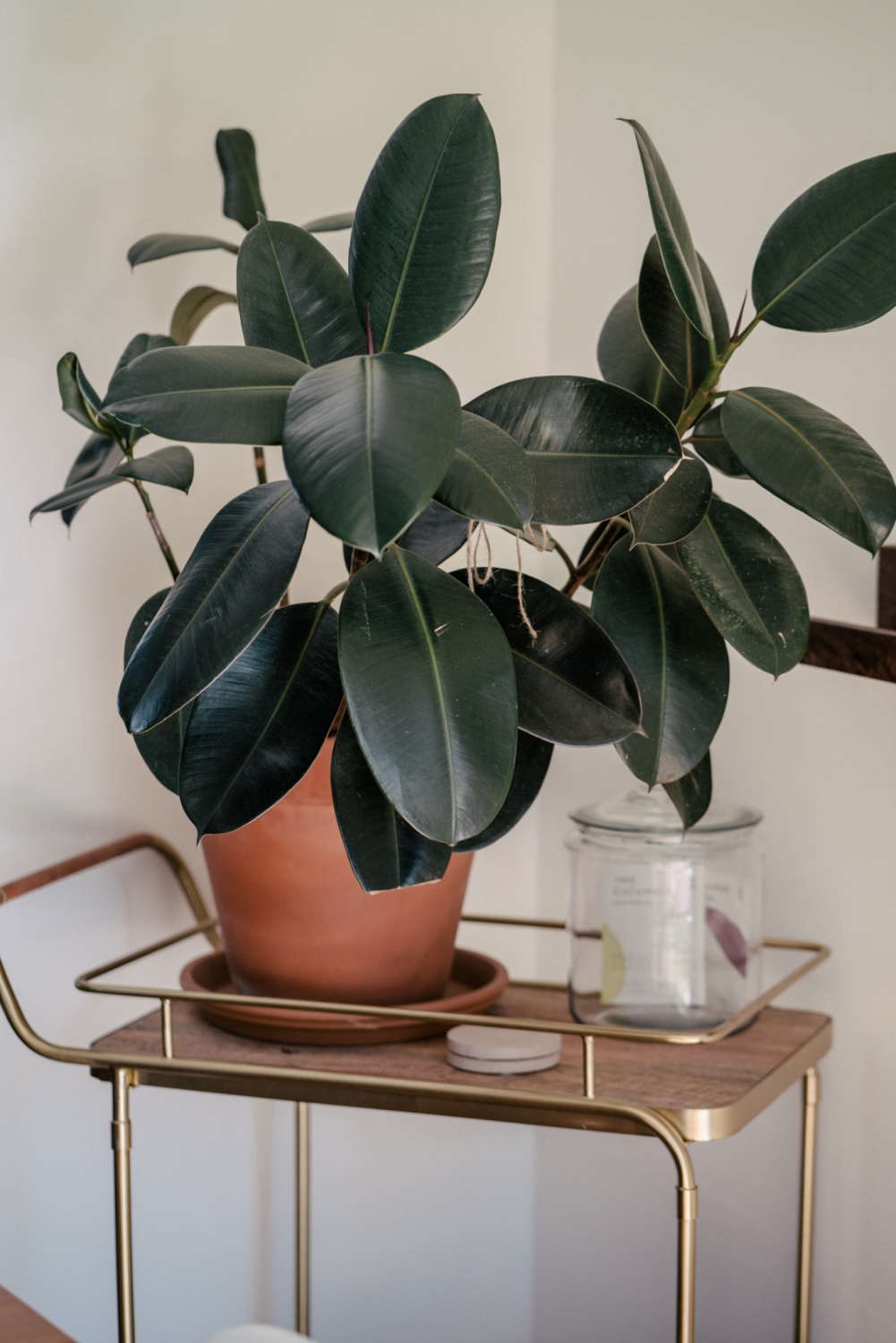 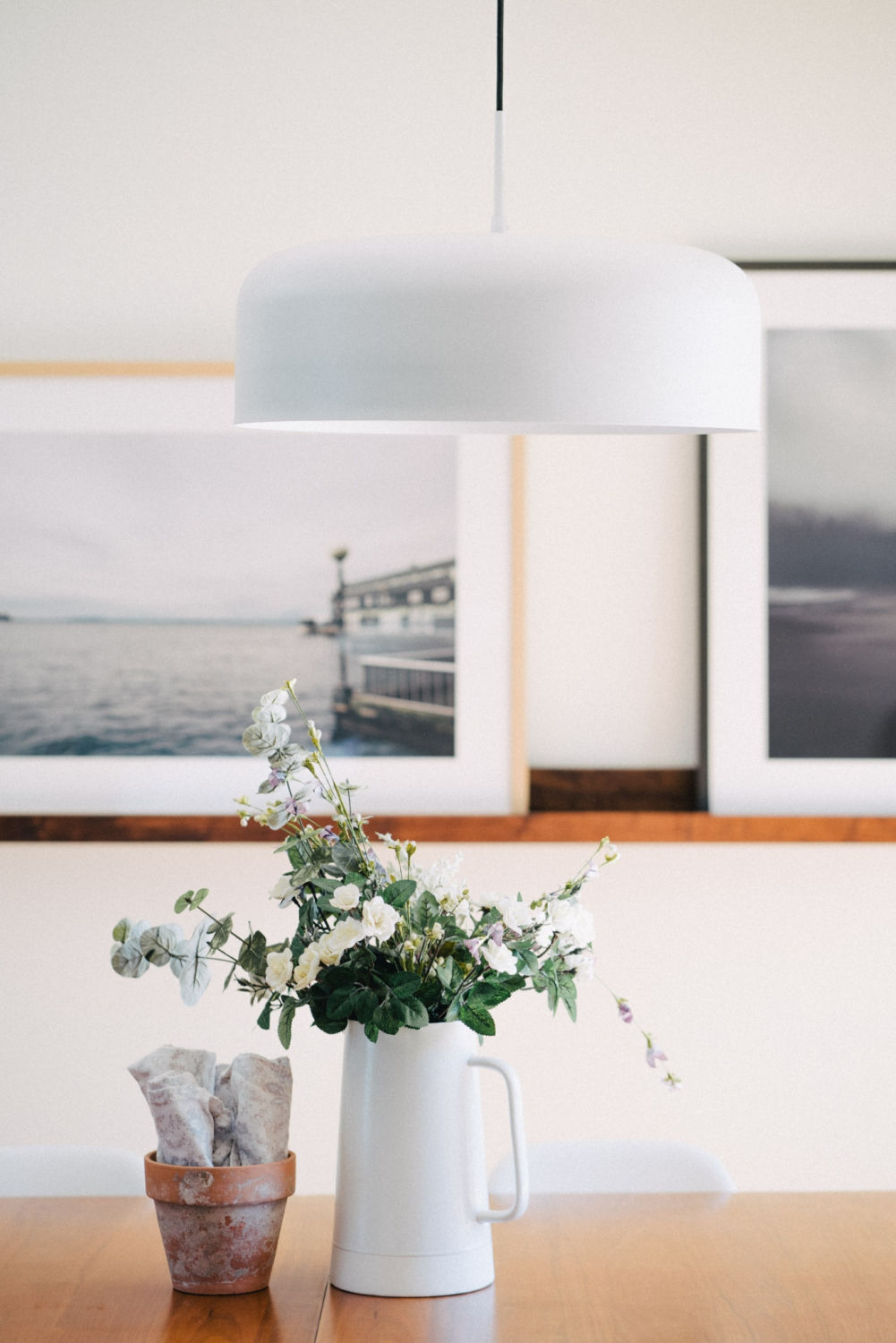 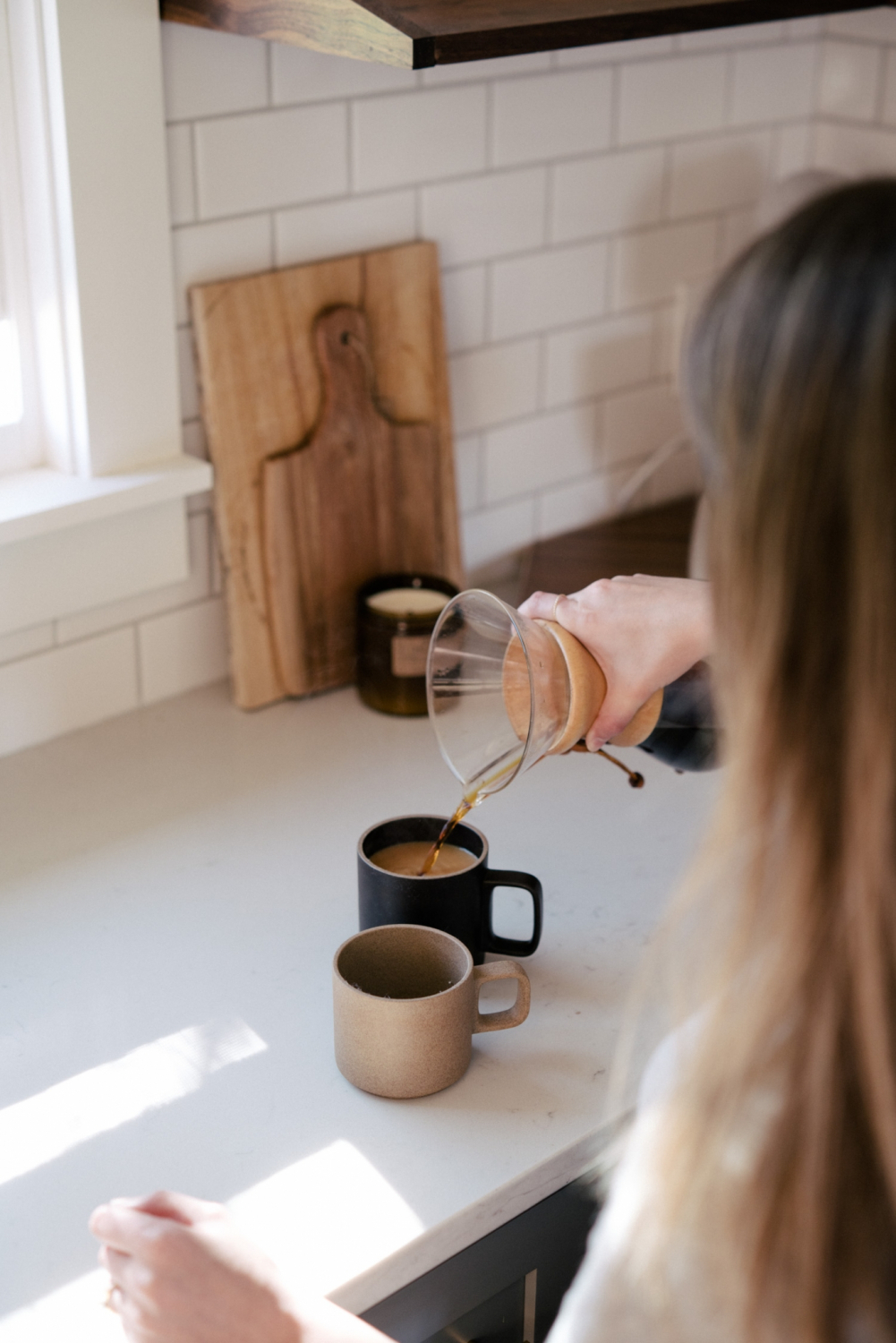 (these are RTA cabinets that were really good quality and easy to assemble. We assembled and mounted all of the cabinets ourselves.)

(we actually loved the European T-bar pulls and knobs from Forge and they just so happened to be on sale so we saved so much money!)

(compared some on the market this range hood is pretty basic, but it’s worked so well for us! We had our electrician mount it when it came in and he vented it properly outside for us.)